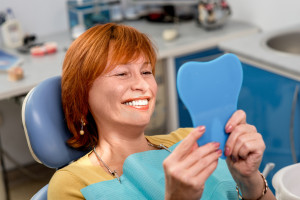 Although few people question the importance of brushing your teeth, many have doubts about the frequency with which they must do so: it would be necessary to brush every meal, or sufficient brushing once or twice a day?

‘Brushing’ your teeth to quadruple protection against cavities “Three times a day is the best,” says the dentist Michael Sesemann, president of the American Academy of Esthetic Dentistry. If there is too much time between brushing and another, it may form plaque, which would increase the risk of inflammation in the gums, and other dental problems. Many dentist agree with the recommendation: at least three times a day after meals and before going to sleep – if you often make more than three meals a day, however, consider the exception Sesemann: “More than four brushings daily could start to seem compulsive “.

But a British government study of 16,000 children in 1975 concluded that there is no impact between frequency of toothbrushing and caries. Despite three brushings is safer to keep the mouth healthy many dentists know that many of their patients have good oral health brushing their teeth only once a day. The frequency of brushing can have less impact than you think , because if you do a thorough brushing to reach all surfaces and inhibit plaque formation, you can perhaps do it once.

The recommendation of two or three brushings a day for about two minutes is, however, the most successful to ensure best results to have clean teeth and, most dentists  believe that it is the formula of reducing plaque formation.